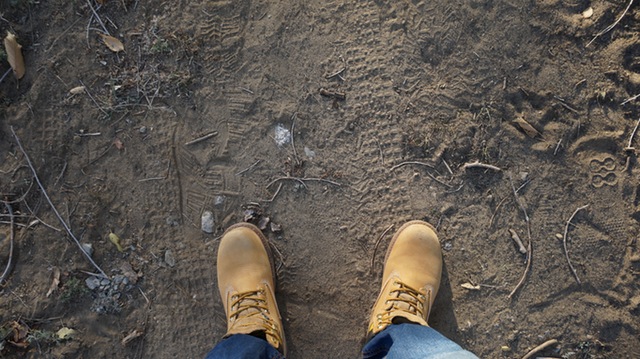 This post was originally published in 2012 – one of the very first posts I published on The Frugal Farmer – but I find it very enlightening so I thought I’d give you a blast from the past and share it again today. Enjoy!

So, we’ve made it through our first day of DE living.  We went grocery shopping.  That was an experience, but we did well on our grocery budget so far.  But I have to say the biggest hurdle we faced yesterday was in changing our habits.  That realization led me to remember a favorite saying I read years ago:

For instance, I always try and bring a kid with me when I grocery shop, so we can have some alone time.  And that “alone time” always includes a meal.  For years, it was a meal at a sit down restaurant.  Then in the last year or so, it was a fast food meal, keeping the amount down to $10 or so.

But today, as I shopped, I realized that we’ve really got to change our mindset.

Recommended Reading: Good to Great: Why Some Companies Make the Leap and Others Don’t

For instance, the daughter I brought along today wanted a treat, so I told her she should bring her spending money, since entertainment isn’t in our 2013 budget.  That spending money amounted to exactly $2.03.

When she wanted a shake from a national fast food chain, I saw that the shake cost would total $2.45 after tax.  My first thought was “I’ll just give the kid 42 cents”.  But then I realized that if I broke the rule on this one, it would just get that snowball rolling until it was an avalanche, and that’s the exact kind of flippant thinking about money that got us into this mess in the first place!

It was hard to stick to my guns on this one, but I did it, and my sweetie very forgivingly and joyfully settled for a $1.38 ice cream cone instead, which she paid for herself.  I say “forgivingly” because it’s certainly not her fault we’re in the mess we’re in, and I feel badly that we’re now in a position where we really can’t even afford to give her 42 cents.

But the important part now for us, or for anyone out there with goals, is to focus on the end result.  Imagine your life and your impact on others once your goal is accomplished.

The Queen of Free explains this wonderfully in her post, “How to Pay Off Debt 19 Cents at a Time.”

Playing Defense: Avoiding Temptations to Get off Budget

What’s the Difference Between Remortgaging and Getting a Personal Loan?