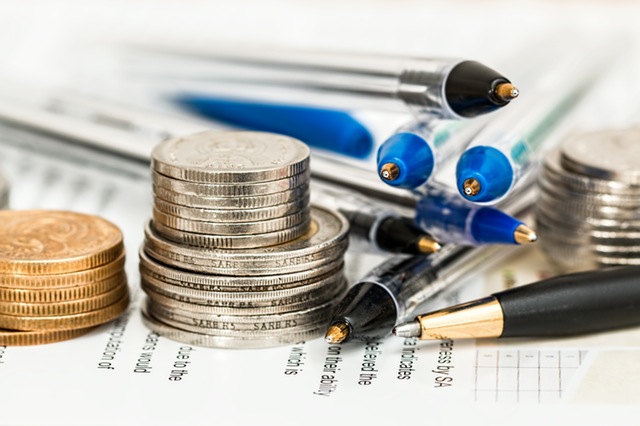 Recently I read a personal finance article titled “76 Million Americans are Struggling Financially and it Doesn’t Matter” or something like that. Curious, I read over the article and found that the author had, like so many people in today’s world, ridiculously unreasonable reasons for why the two main facts in the report that he cited aren’t cause for concern.

The first fact was that roughly 30 percent of Americans are struggling financially or just barely getting by. The author’s reasoning for why that doesn’t matter from a big-picture economic perspective is that, in his opinion, “struggling” is relative. In other words, those 76 million people are probably all not really struggling as much as they say they are, but instead are simply viewing their own financial situations by comparing themselves to the wealthy around them.

The second fact was that almost half of Americans (47%) don’t have the cash to cover a $400 emergency. This fact is also not a big deal, says the author, because credit is so readily available in the U.S. “Just put your emergency on a credit card and pay it off in a couple of months,” he reasoned.

I speak from personal experience when I say that this kind of flippant attitude about money, debt and savings is a big part of what causes large scale economic crises and is what caused my family’s own personal spiral into tens of thousands of dollars of consumer debt – debt that we are currently working our way out of.

So, why does financial wellness matter? Why is using your credit card as an emergency fund a bad idea?

I spent 15 years working in personal banking and mortgage banking before I left to be a stay-at-home mom/self-employed person.

After having a first-hand look at peoples’ financial situations for a decade and a half, I can tell you that the fact of the matter is that whether you’re making $30,000 a year or $300,000 a year, if you’re blowing all of it, living beyond your means, not paying down debt and not saving, a financial crisis such as a job layoff is going to smack you down hard.

I’ll even go so far as to say that those making above 75k a year  and still living paycheck-to-paycheck will be hit harder by a job layoff than struggling Americans making far less than that.

Why? Because the lifestyle change that will ensue for those making the big bucks will be a hard slap in the face. Those making under that 75k or so mark are likely already used to saying “no” to vacations, to dinners out, etc. Like we were, they’re probably nickel and diming their way through their cash via take-out pizza and small purchase items. To go from a non-luxury lifestyle to a really non-luxury lifestyle will be hard for the lower-income person who is living paycheck-to-paycheck and suffers a huge financial crisis like a layoff, but for those who are living paycheck-to-paycheck on a larger income and are blowing their cash on bigger ticket items, it’ll be a much more difficult transition.

I’ve seen it happen a thousand times in my jobs in the banking world. Cutting golf club memberships, spendy thrice annual vacations, expensive dinners out, kids’ activities, regular salon trips and name brand home and clothing purchases – especially when all of your friends are still living the high life – is hard for these higher income people. Really hard.

It’s just not always as simple as spending less and learning to live within your means in the midst of a crisis – and not always possible. Expensive club memberships often cost money to get out of, and people used to living a more luxurious lifestyle often have no idea how to cut their own hair, care for their own lawn, etc., while those used to living on a lower income are often already experts at DIY everything.

This is just one reason why financial wellness really matters. Why the stats listed above are highly concerning. Now let’s address the lack of savings.

I’ve heard dozens of people say that their credit card is their savings account. My husband and I, we used to be part of that crowd. In the article I read, the guy made a case for the no-savings lifestyle by saying that if he had a $2500 emergency, he’d simply put the bill on his credit card and pay it off in a couple of months.

A couple of months? Seriously? How will that be possible for the paycheck-to-paycheck family? Even that $400 emergency on a credit card will result in long term payments and blowing their money on credit card interest as they make their minimum $25 payment for a year or more, squeezing their already-tight budget even tighter because they had to take on more debt.

For the paycheck-to-paycheck individual or family, an additional $25 a month payment isn’t a breeze; it could very well be the straw that breaks the camel’s back and sends the individual or family from “struggling financially” to “filing bankruptcy”.

This is what this guy obviously doesn’t understand about what it’s like to live so tightly. Most of these people are living one step away from complete financial disaster. I know, because we were them.

When we first started our “getting out of debt” journey, our debt-to-income ratio was 65%. Our monthly debt payments (not including necessities like food, etc) totaled 65% of our gross monthly income.

Living paycheck to paycheck, having no savings; those things are not “no big deal”. They bring inordinate amounts of stress on people and families, and this is why financial wellness is so very important, my friends.

And as I look around me at the financial state of our country, I see the potential for more financial doom. People are once again getting comfy with their debt.  Government debt is rising and shows no signs of decreasing. The American dollar’s standing as the world reserve currency is teetering.

If the crap hits the fan in America – or anywhere else for that matter – do you want to be one of those 76 million struggling financially Americans? I know we don’t. We spent too many years living like that, and it sucks.

So do yourself and/or your family a favor: sit down today and make a list of all of your debts, monthly payments, interest rates, etc. Make a budget for the month and stick to it. Take all extra funds and pay off your debt. Sell stuff if you need to.

This 4-part series will show you How and Why You Should Get out of Debt and will give you concrete steps for doing so.

What are your thoughts on the prospect of living paycheck-to-paycheck and using credit cards as an emergency fund?

5 Financial Truths You Need to Face Up to NOW

The Hidden Gems of Financial Wellness