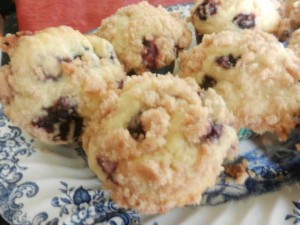 So, I don’t dwell too terribly often on the food that’s on our grocery store shelves (although I admit that I do bring it up occasionally), but for the past couple of days it’s been on my mind as I replay the events of this past weekend. Rick and I were at the store with our son, and we passed a food sample display counter. They were serving up protein bars; you know, the granola-type bars with the chocolate covering? Our son asked if he could have one, we said yes, and he reached for the chocolate-y delight. We don’t buy these things for our pantry, partly because they don’t fit in with our frugal grocery budget of $400 a month to feed our family of six, and partly because we do try and eat mostly whole foods. Sam was excited to have this treat, but when he ate it, his demeanor changed.

“Yuck. Mom, this thing tastes like cat poop mixed in with cat litter and covered in fake chocolate. Can you get me something to get this taste out of my  mouth before I puke?” (Boys are SO much different than girls. I’m still in awe of this revelation. The girls would’ve said something like, “Mom, this wasn’t very good. Can I have some water or something?)

All around us, people were raving about the yummy snack and grabbing boxes off the display to put into their carts. Confused by this (and unwilling to try the cat-poo flavored bars myself), I grabbed a box and read the ingredient list.

Yep, just as I thought – pretty much nothing recognizable on there.

As I pondered the difference between our son’s reaction and the reactions of the other customers in the store, it occurred to me that since we rarely buy this type of stuff, Sam’s taste buds are totally conditioned (yes, our taste buds do get “conditioned” to what we feed them) to whole foods like fresh fruit, veggies and organic brown rice, while the average consumer’s taste buds are conditioned to processed foods, which would explain why they were grabbing boxes off the shelf and Sam was desperately pleading for something – anything – to get the horrid taste out of his mouth.

I’m not sharing this story to judge anyone on what they eat: for my birthday earlier this month I was wolfing down a store bought cake just like everyone else does (after all, my mom brought it over, and I couldn’t hurt her feelings now, could I? 🙂 )

What’s in Your Food?

But I think we need to start asking ourselves and paying more attention to what’s in our food. Would the paleo society of yester-century have come near most of the food we eat today? I’d be willing to bet they’d get sick immediately from it, IF they dared to try it.

When our son was struggling the worst with his intolerance to high fructose corn syrup (and before we knew the cause), he’d throw up and break out in a rash every time he had it.  When we had finally diagnosed the cause and shared the info and our son’s reaction to HFCS with our chiropractor, his response was pretty blase, as if my “Eureka!” moment about what was causing Sam’s problems should’ve been something I’d known all along’:

“Of course he’s throwing up; our bodies were never meant to have the stuff. Sam’s body is doing what it was meant to do when we eat stuff we’re not supposed to eat; the rest of our bodies aren’t. They don’t react that way because we have conditioned them to accept HFCS as food, but it’s really not food at all.”

As I watch disease run rampant in this country, I can’t help but wonder if part of the cause is that we’re eating so much food that’s not really food at all – ingesting things our bodies were never meant to ingest. I have more than one friend whose kid struggles with reactions when they eat certain food dies, the symptoms ranging from erratic emotional behavior to weird physical symptoms when they ingest certain food colorings in processed foods.

I myself, when I was working to recover from oldest daughter’s traumatic birth, went on a 30-day whole foods diet as a last desperate attempt to recover from the immense pain, fatigue and other symptoms I was suffering from but that the doctor couldn’t diagnose.

After the 30 days on whole foods (at which point 80% of my symptoms had disappeared), I tried to go back to eating cereal and the like, but found myself experiencing joint pain within 15 minutes of eating any kind of cereal, no matter how “healthy” it was touted to be. The clinical diagnosis was arthritis, but the arthritis disappeared within two weeks of going back off of processed grains. Now, 15 years later, I suffer no physical symptoms of arthritis – as long as I stay away from processed grains and stick to the likes of organic brown rice.

Last week as we perused Aldi to pick up some fresh fruit specials, the guy next to me, also stocking up on fresh fruit, explained that he had been diagnosed as having allergies and intolerances to the hormones in our meat and dairy products. For that reason he’d stopped eating meat and dairy, with the exception of 100% grass fed meat and dairy product deriving from totally grass-fed cows. The result? He lost 85 pounds and was hoping to lose even more. And he’d never felt healthier in his life.

I too can count on a 1-2 pound weight gain if my calories from the day before consist largely of bread or dairy products. The added hormones/antibiotics in so much of our milk, cheese, butter and meat are wreaking havoc on our bodies.

Don’t believe me? Spend a couple of weeks avoiding dairy, meat and processed grains, and focus on a diet rich in fresh or steamed veggies, raw fruits, and organic brown rice. I’d be surprised if you didn’t see a dramatic difference in how you feel.

My hope for readers of this post (if you haven’t already jumped on the whole foods/raw foods bandwagon that is) is that you’ll consider what you’ve read here today and think about giving a whole foods diet a try. It truly doesn’t have to be expensive if you grow your own veggies, shop the sales and get quality meat from a local meat farmer. Even with our superbly healthy diet, we manage to keep our grocery costs around $400 a month for the six of us.

Eating healthier doesn’t have to mean avoiding all treats. We still occasionally eat sugary treats, but when we do, we bake homemade treats, like my “secret” chocolate chip cookie recipe, using organic butter, sugars and flour. There are ways to have your cake occasionally and eat it too.

The thought of people suffering from reactions to the pseudo-food we eat so much of these days, like my son did, like the guy at Aldi did, and like I did, pulls thoroughly at my heart strings. I know people aren’t feeling well, and I think the pseudo-food on our store shelves can take much of the blame for that. So, what’s in your food?  Would you consider trying a whole foods diet, just for a bit? Do it for you, because you deserve the best.

Why You Should Strongly Consider Eating Organic Food

5 Places Where You Can Get Cheaper Healthy Food

What’s in the Food that You Eat?