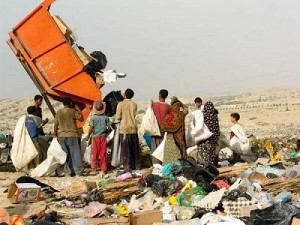 This is going to start off sounding like an arrogant, self-centered rant, but bear with me. 🙂  Let me just preface this post by saying that it does not reference anyone in particular.  Any similarity to any person, fiction or non-fiction, is merely coincidental.  If you’ve read through the blog the last couple of weeks, you’re probably starting to get the idea that in my younger years, I’d been through the wringer in a big way.  I dealt with my parents divorce and the subsequent poverty that it led to, with being seriously abused by a former boyfriend for a number of years, and with 7 years of clinical Depression.  I have SO much more that I could share with you; seriously, I would write a book if I didn’t think it would devastate my parents and family, who know very little about the pain and torture I suffered during my younger years.

Because of this, I sometimes struggle with a certain, well, disdain for people who grew up  in a “cushy” environment and subsequently, because of their education, their money or because they’ve made the “big move” of leaving their parents’ houses and manage to pay the rent on time, think they know it all.   Being successful with limited struggle is just not impressive, my arrogant friends.  You may have a big income or a plush savings account, you may have made it “big” in your eyes, but that doesn’t mean you don’t know Jack Sh*t about the world or what the hell you’re talking about.

You might think you’ve “struggled” because mommy and daddy don’t support your arse anymore and you can’t buy what you want, when you want.  Or you think your parents are idiots because they have beliefs that are different than yours and you are obviously more “educated” and “worldly” than your “sadly misinformed” parents who haven’t been where you’ve been or done what you’ve done.

Well, let me tell you something, my friend, you don’t know jack.  Regardless of what you think about those who haven’t achieved success the way you measure success, age and experience count for A LOT more than your world travels, your income or your bank account numbers.   I used to think I knew it all too.  I grew up in the streets of neighborhoods you wouldn’t dare set your foot in and went face-to-face with drug dealers and prostitutes and gang members on a regular basis.  I’ve sat in my living room watching TV while the cops used our house as a stakeout house for the drug-running operation across the street. I’ve had guns held to my head and been through all kinds of other hells that would make you bawl like a friggin’ baby.  I’ve sat in my home with my siblings and mom without one morsel of food in the cupboard.  NOT ONE MORSEL.   We had no heat in the middle of a cold northern winter.  I’ve been chased through the woods at midnight by a would-be-murdered whose only goal was to take my life.  Want more?  I’ve got more.  But I’m not sure you could handle hearing about it.  You think you know sh*t: you have no friggin’ clue, my friend, about the real life that many, many people live outside of your wonderland of opportunity.

And neither do I.

I have no clue about what it’s like to have to walk 10 miles to get clean, fresh water that won’t kill me or my kids.  I can’t imagine living a life where starvation is a real and daily possibility.  In third world countries, there are no food shelves, no welfare system, and what food is flown in by us big shots in the Western world is often confiscated and used as bait and blackmail so that parents will hand over their children to be used as sex slaves in order to feed what children they have left.  I have no clue what it’s like to hide and pray daily that I might escape the constant gunfire and bomb blasts of my war-torn country.   Or what it’s like to live in such filth and desperation that my children and I have no qualms about digging through the garbage on a daily basis to find our “meals”.  Or to deal with horrible diseases of every nature that, although they’re no big deal here because of our advanced and wonderful medical care (which people seem to find all kinds of time to complain about) are deadly to people in third world countries.  The older I get, and the more I learn, the more I realize how much I don’t know about sacrifice and struggle.

To those people being described here, I love ya, but it’s time to friggin’ get a clue.  It’s time to stop being arrogant about what you have and what you’ve done, and to start being grateful.  You wouldn’t be where you are today if it weren’t for your parents.  For better or for worse, you’re in this world because of them, and they did their very best with you, even if they were dealing with their own demons along the way.  Just be glad that you were fed and kept warm every night, and get over the rest.  Stop feeling sorry for yourself, stop wallowing in self-focus and arrogance, and start seeing your life for what it truly is: blessed.  And never forget that, compared to the rest of the world, you’ve got it pretty damn good.

**If you still love me, go ahead and read part two of this “rant” by clicking here.

Superbowl Ads: How 4.5 Million Dollars Could Change the World

How to Make Room in Your Budget to Save for College

What School Won’t Teach Your Kids About Finances