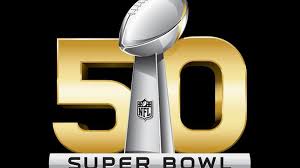 I love watching the Superbowl. And I love that we live in a free market society. I think it’s amazing that nearly anyone who wants to start their own business here can do so, regardless of money or experience. When I started my freelance writing business, it cost me only Internet access to get it up and running – and that’s free at most local libraries. I say these things to preempt that this post is not meant to be a slam against the Superbowl, against advertising and media or against the free market system, which I thoroughly support.

However, every single year when we watch the big game, I can’t help but think about how much money is going out of corporate pockets, and how much bigger of an impact that money could have on the world than it does via a 30-second ad. In that vein, I thought I’d share what 4.5 million dollars (the cost of one 30-second Superbowl commercial) could do for those who are suffering in this world.

Who knows: maybe one day corporations will start matching the money spent on their Superbowl ads with an equal amount of money donated to a worthy cause.

In my research and personal giving experience, a fresh water well can be dug for as little as $2,500.

According to Samaritan’s Purse:

Even if a well cost $10,000 to drill, a company donating $4.5 million could pay for the implementation of 450 fresh water wells in struggling third world countries. Imagine the lives that would be saved!

According to Poverty.com, roughly 21,000 people die every day from hunger or hunger-related diseases. Feed My Starving Children – a popular non-profit organization that provides meals to people all around the world, can send a meal to an impoverished person for a mere 22 cents.

This means that a corporate Superbowl ad-match of $4.5 million would provide for a whopping 20 million+ meals to starving children and adults everywhere! Talk about life changing!

Teach a Man (or Woman) to Fish

For as little as $500, a person in a third world country can learn to provide for their families courtesy of a micro loan for business start-up purposes. This is money that can help a man or woman wishing to escape from poverty or a  slavery/sex-trafficking situation get on their feet and give them hope for the future.

Number of microloans that could potentially be provided with $4.5 million dollars? Up to 9,000. That’s a potential of up to 9,000 lives changed for the better. For more information on donating toward micro loans, see sites such as Kiva.

By giving to provide school supplies for schools both in America and around the world, and by giving money to help build schools in third world countries, you can give a child a chance at a better life by providing the gift of education. As little as $25 or $50 will provide $300-$600 worth of school supplies to schools around the world.

Samaritan’s Purse can construct an entire school in a third world country for as little as $20,000. With $4.5 million, 225 schools could be built in impoverished countries around the world.

Whether via corporate donations that match Superbowl ad expenses, or collectively as a human race, we can indeed change the world, my friends. I encourage you to think about the legacy of giving you want to leave your children, grandchildren and great-grandchildren. Together and individually, we really can make a difference.

7 Beauty Hacks that Save Us Thousands of Dollars Each Year

What in the World Happened With Our April Budget?

How to Have a Frugal Superbowl Party