Becoming energy efficient isn’t only good for the environment. It can also significantly help your wallet by cutting energy costs by up to 50 percent. While some changes are costly, one-time investments, there are many simple ones you can make for less money and on a daily basis that’ll help save energy, money, and the planet.

Depending on your budget, this could be anything from simply adding weather stripping or caulking around windows and doors to fully air sealing your attic. Sealing windows and doors is relatively simple and won’t break the bank. Proper seals prevent drafts and air leaks, keeping you warmer when it’s cold and cooler when it’s hot. This not only helps ensure you’re as comfortable as possible at home, it also reduces your HVAC workload, saving significant energy.

Speaking of windows, opening curtains and blinds during the day and turning off artificial lights is another great way to cut energy expenses. Using the sun to light your home costs absolutely nothing! 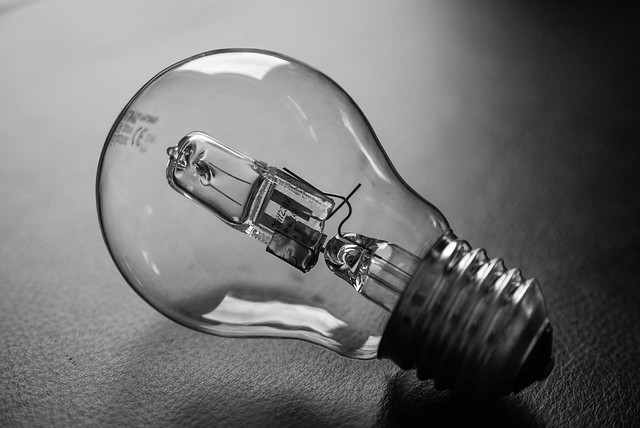 Speaking of light, it’s time to trade those incandescent and halogen bulbs in for LED bulbs. While slightly more expensive up front, there are many long term advantages to choosing LED. Consumer Reports says LED bulbs can last up to five times longer than any other bulb available. Incandescent and halogen last, on average, around a year. This means you won’t have to buy replacement bulbs or deal with the hassle of changing hard-to-reach bulbs as often.

Incandescent bulbs release around 90 percent of their energy as heat alone. LED bulbs give off 75 to 80 percent less heat energy which can save consumers up to 75 dollars per month!

Getting into the habit of adjusting the temperature on your thermostat when you’re away from home uses significantly less energy and can reduce your monthly bill. According to Energy.gov, setting the thermostat to 68 degrees during cooler months, and 78 degrees during warmer months, while away or asleep, can save you as much as 10 percent per year on energy costs. To ensure this, regular maintenance of your HVAC system is imperative.

Airflow issues often go undetected until your utility bill imperceptibly increases. Regular and preventative professional HVAC maintenance will catch these along with other issues that could become more costly down the road. The better shape your system is in, the lighter its workload will be, and the more energy you’ll save.

Most regular shower heads use a tremendous amount of water. A low-flow shower head can decrease your water consumption by 40 percent or more. It takes energy to heat water for showers, so the less water your shower head uses, the less energy is expended heating it, which also cuts down on carbon dioxide emissions. You’ll conserve water while improving your monthly costs. Good news for your wallet and the planet.

Saving energy is cost-effective as well as environmentally friendly, and every little bit helps, so don’t forget to turn the light off when you leave the room!

4 Ways Technology Can Help You Save Money