‘Tis the season to be…in debt? Fa-la-la-la-la-la… Doesn’t quite have the same ring to it as jolly, right?

Unfortunately, however, this is the harsh reality for so many families all over the world when the festive season comes to an abrupt end. January comes around straight after the new years’ eve celebrations, and with it the harsh awakening of bills coming through the door. We’re currently in mid-November, which we’re right at the beginning of the building excitement that comes with the beginning of the festive season in a few short weeks’ time. Whether you’ve already done your Christmas shopping, or are yet to begin and are concerned about how you’ll actually afford it, there are ways of getting out of debt after you’ve overspent at Christmas, and here’s how. 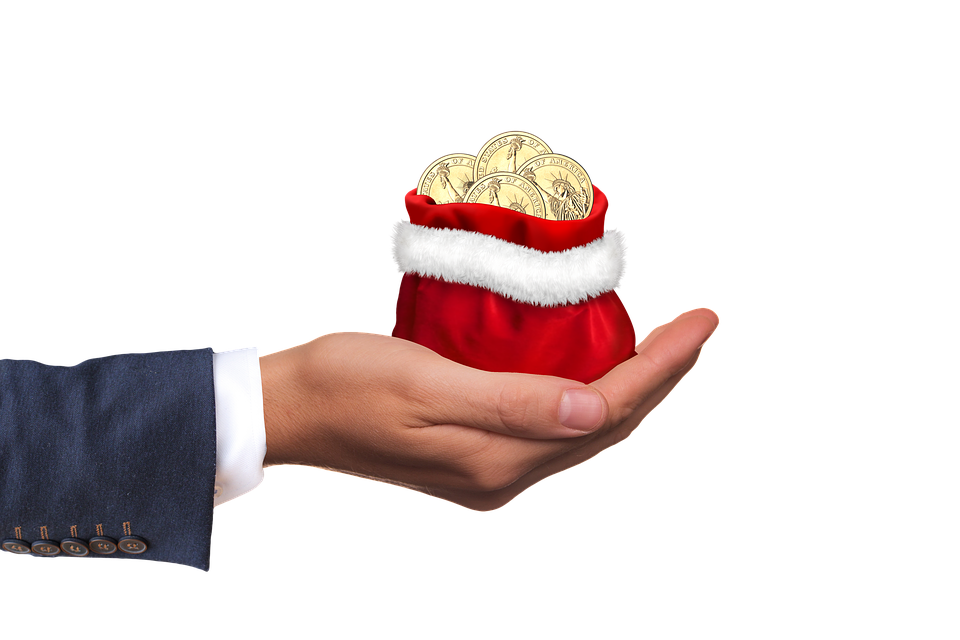 Figure Out Where You Stand

Christmas and new year are over, and January is no longer a looming thought clouded by tins of quality street and bottles of Baileys. It’s a harsh reality, and it’s now time to start sorting out all of the things you’ve been putting off over the past month or two.

The first step to sorting out your Christmas debt before frantically looking for the best online payday loans, is to take a step back, and figure out where you stand financially.

So you’re already in debt, right? The LAST thing you want is to get yourself into more debt. What you need to do, is sit down and work out how much debt you’re actually in, and who it is you owe money to.

Only after doing this will you have an overall idea of how much you owe, and how much it’s feasibly affordable to pay every month.

Once you’ve done this, write up a budget of where you can cut back on your outgoings in order to pay back the debt more quickly. For the vast majority of people, January tends to be a month of cut backs and frugality. Embrace this the best you can.

Once you’ve figured out how much you owe, who to, and your budget, you’ll want to make a list of all of your debts – from the most important to the least important. High priority debts tend to be the ones where you run the risk of doubling the money you owe or losing assets, whereas low priority debts could be that you borrowed a tenner from a sibling. When you’ve made the list, compile a plan of repayment dates and amounts. Always remember to be realistic, and not to borrow any more money in the meantime. It might take a little while, but it’s a necessity.

Cut Back on Your Outgoings

A good place to start is by finding out where you’re spending unnecessarily. A perfect example of this would be your direct debits – when was the last time you actually checked them and whether or not they’re actually necessary? You’d be surprised at just how much you could be spending on the gym monthly when you no longer go, or on a TV streaming service you’d long forgotten about. This money would be far more beneficially used if you put it towards paying off your debts.

Furthermore, do you take lunch to work, or buy it out? How about coffee? Well if the answer is you buy it out, take a little more time on a morning to prepare in advance! You’d be surprised at how much all of these small expenses add up as time goes on.

Okay, so Christmas might be over – but we still have a couple more months of chilly Winter to go yet. Last of all, if you haven’t already done so this year, re-evaluate your energy supplier, and change if need be.

The thing about these companies, is their prices are fluid. Which means if your deal was the best a year ago, it probably isn’t going to be anymore. Changing your energy supplier for the remainder of the Winter could save you hundreds of pounds – and imagine how nicely that would go towards paying off your Christmas debts. Always look for ways to save – you’ll be surprised at how much more you find in your pocket because of it.

5 Tips for Staying Out of Debt This Christmas

Plan a frugal Christmas in Order to Avoid Debt

Top Tips on How to Save Money this Christmas

Overdone it With Online Payday Loans with Instant Approval this Festive Season? Here’s How to Live Frugally Come January