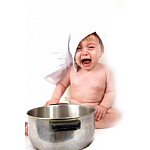 I had the blessing of going to a dear friend’s house the other night for her annual Christmas cookie exchange.  I’d been invited for a few years now, but never went, for a variety of reasons.  This year, I decided I would make it come hell or high water, and what a super fun event it was.

This friend, an interior designer by trade with a heart for serving others, served us an 8-course hand-made elegant meal, in her tastefully decorated Victorian house, which she and her family have re-done largely by themselves from the shambles it was when they bought it nearly two years ago.

Then we proceeded to do the cookie event, which was a party in and of itself.  Prizes were awarded based on presentation and on taste.  We began the cookie portion by having each contestant present and explain their packaging concept, and wow – talk about creativity!  Then, after we had voted for two presentation winners, we began the tasting portion (yum!!) and voted on the two best cookies.  The prizes that my friend gave out for the winners were super cool: Four tastefully decorated burlap sacks stuffed with all kinds of awesome prizes, all based on different themes.  She must have spent at least $50 alone on each prize, not to mention a good couple of hundred bucks on food for all of us.

Obviously, a party of this magnitude is NOT on The Frugal Farmer family agenda right now as we work fervently to dig ourselves out of debt, and I found myself feeling a bit sorry for myself while I was there.   Here we are, counting each penny, blah blah blah, and they are spending a good $500 just to bless their friends and family.  It didn’t seem fair, and I found myself having quite the pity party over the fact that we don’t have those same options right now.  After all, they completed the Dave Ramsey program a few years back, they made much more money than us, blah, blah, blah.

Then I got the psychological slap in the face I needed.  The logical side of me came out and started giving me the good tail chewing that I needed.  What did it say?  It said:

1.  Stop it!!!  They are where they are because of their choices, and you are where you are because of your choices.  Deal with it.  More importantly, that’s not what matters now.  What matters is that you ARE taking the steps to be in that same place, doing what you need to do to get out of debt, and that you WILL arrive there, should you choose to keep on this path.

3.  Turn it around.  Use your self-pity to catapult you forward into more action.  Use it to give your get out of debt journey a jumpstart. Decide in your heart that you don’t ever want to feel that way again, and take the steps necessary to give your journey a boost: sell some stuff, cut more expenses, seek out more side hustle income.  Take the energy you are wasting on self-pity and turn it into action to change your path.

At the end of the night, I remembered that we will indeed get out of debt someday.  Likely sooner rather than later if we keep pushing, and that then we’ll be in a place where we can also bless people’s socks off in whatever way the Lord leads us too.  And isn’t the thought of that much more fun than wallowing in self-pity?

Motivation: 4 Reasons Why I Know You CAN Pay off Your Debt