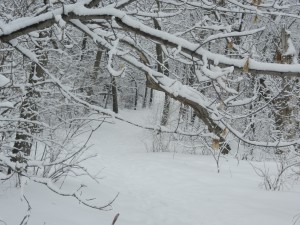 Even though we’re on a very strict budget right now, there is one thing we started paying for in October of 2013 that, although it’s not a need, is very important to us. We signed our (at the time) 14-year-old daughter up for self-defense classes.

Maddie’s self defense class isn’t the usual Tae Kwon Do or Karate.  Instead, it’s a lesser-known form of self-defense called Krav Maga.  Krav Maga originated in Israel and, in my best description, is what I would call a more organized form of street-fighting or Ultimate Fighting (as if I knew anything about either of those two 🙂 ).  Students are taught both physical and psychological tactics for getting out of dangerous situations, and to watch people learning and practicing Krav Maga is fascinating.

So, every once in awhile I stay and watch Maddie in class.  The other night, as I walked in to class, I came upon an intimidating scene: Maddie and her class of 15 or so, (10 adult males, three teen boys, and Maddie and one other teen girl) were having a drill.  One student would get onto the floor, while the other 14 would surround them, knees on the floor, pads in hand, ready to force them to the floor as each individual worked to get free from the crowd of attackers.    When it came time for Maddie to be the “victim”, I have to admit I was worried.  My 5’6, 115-pound girl is the lightest in the class, and lest you think the instructor goes easy on her, think again.  When Maddie was doing a gauntlet style exercise recently (where students punch through 6 rows of pairs of students with pads who are working to block them from getting through), the instructor noticed that the guys were going easy on her, and he immediately chastised his students and made Maddie do the drill again.

So there was my little girl, laying face down on the floor with 14 students – most who were grown men – ready to pummel her as she tried to escape from the crowd.  For the first 15 or 20 seconds, her struggles to break freak amounted to nothing, and I have to admit that at that point, I was scared.  All of the adult men had escaped from the crowd in 20 to 30 seconds, and here Maddie hadn’t made one bit of progress at that point.  It wasn’t looking good.  Suddenly, though, there was chaos breaking out from below the crowd, and Maddie managed to flip herself over onto her back.  I saw her as she got her head out in the open, and her cute little porcelain-skinned face was as red as her strawberry blonde hair, but she wasn’t giving up.  Suddenly, she started kicking in all directions and knocking people down with brute force.  At the 62-second mark she had wiggled her way out of the still-attacking crowd, free from their grasp.

It took everything in me not to start bawling in front of all of her classmates.  What Maddie had accomplished was nothing short of a miracle.  When I asked her on the way home what was going through her head, here’s what she said:

“Well, at first, I thought ‘There’s no way I’m gonna be able to do this.’  I felt like all of my attempts were pointless.  Then I realized that Jon (the instructor) wasn’t going to let me get out of this, and I knew that I had no choice but to fight my way free.  This fire rose up inside of me and I just started fighting back, until I was free.”

My friends, when you think about your debt, do you feel as if all of your attempts to reach debt freedom are pointless?  I know we do.  Our hundred dollars here and there that we are able to put toward our debt feels like we are fighting The Incredible Hulk with a toothpick.

Just like Maddie learned to fight her way out of a crowd of grown men, you can, step by step, fight your way out of debt.  So hang on, start kicking, and don’t stop until every red cent of your debt is under your feet.

Playing Defense: Avoiding Temptations to Get off Budget

What Working in a Bank Taught Me About Money