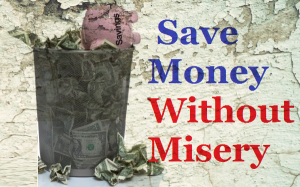 Hey, friends! Today we enjoy another post from our friend Bill over at TradeRush Review. If you’re interested in guest posting here at The Frugal Farmer, just let me know. We offer the opportunity to guest post to bloggers everywhere.

Did you know that in 22 cities in the United States, women actually earn more money than men on average? Well, I personally think this is promising. These days, women are becoming more and more independent and treated as equals of men.

According to The Huffington Post, despite women making less income than men generally across the USA, trends are starting to change. According to NerdWallet, a personal finance website, in the USA, a typical woman earns only about 79 cents for every $1 dollar a man makes; however, in Inglewood, California, a majority of women earn a whopping $1.20 dollars for every $1 dollar that a man earns on a regular basis.

Furthermore, NerdWallet revealed that in Inglewood City, women out-earn men by the largest difference in the list of 22 cities mentioned above, and in those cities, many of them are pretty poor areas with median incomes lower than those of the entire US in the year 2013.

This only means that women now have a greater ability to stretch their money during times of financial hardship, regardless of living in underprivileged areas.

The top 5 cities where women make more money than men are:

Women nowadays are becoming more and more empowered in terms of work, and are wiser and wiser when it comes to saving, spending, and investing their money.

Money-wise, we can all have financial stability and prosperity following Warren Buffett’s advice in terms of saving, spending, and making wise investments.

First, Warren Edward Buffett is an American business tycoon born on August 30, 1930 and is a known investor and philanthropist. He is the CEO, chairman, and biggest shareholder of the Berkshire Hathaway Company, and was named the most successful business investor of the 20th century. He was the world’s wealthiest person alive in year 2008 and has consistently ranked among the wealthiest people across the globe every year.

In 2012, Time magazine named him as one of the world’s most influential people to date, and as a noteworthy investor and philanthropist, he is called the “Oracle of Omaha”/”Wizard of Omaha”/”Sage of Omaha.” Warren Buffett is probably most notable for his strong values toward investing and also for his inspiring frugality despite his massive wealth.

Investment and frugality — recently I did try adapting these values into my own life and not only did it help me save more money, it actually saved my life.

It’s actually pretty simple to make more money by stretching your income so you can help yourself, your family, and even others. The key, though, is not just living in frugality, but also maintaining discipline, consistency, and practicing smart thinking and a little bit of risk-taking. This is how you can attain true financial freedom these days, no matter what gender or age you are.

Leave a comment to let me know about your thoughts or additional strategies for saving money. I’ll be around today to answer questions and give guidance. So make sure to leave a comment right now.

How Single Moms Can Save Money This Winter

Strategies for Squeezing Money from your Personal Budget

Why You Should and How You Can Save More Money