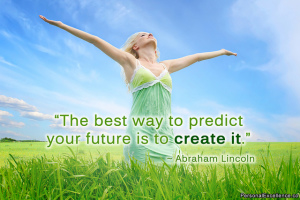 I grew up poor.  Really poor.  Without the help of the welfare system, our income for EVERYTHING after the mortgage payment would’ve been $50 a month for my mom to raise 3 kids on.  Being broke sucks.  It’s tough, both on adults and on kids, not knowing where your next meal will come from or if there’s a snowball’s chance in hell that you’ll be able to pay the rent each month. Because of the turmoil I suffered as a poor kid, I resolved at an early age to never be broke.  But I was broke, for a good portion of my adult life.   I’m still recovering from the lies I believed and the mistakes I made regarding money.  As such, I’ve finally pinpointed some of the lies that make and keep people broke.  Today we’ll talk about  the lies that broke people believe, and what to do about them.

Lie #1: Being Rich is About Having “Stuff”.  For years I equated my family’s poverty with an absence of stuff.  All I saw was that we didn’t have most of the stuff that everyone else had.  Therefore, my initial goal as a teen, when I promised myself that I’d never be poor again, was to have stuff, and lots of it.  I wanted the cool clothes, a nice car, a cell phone (only the wealthy had cell phones back then) and whatever.  So I got stuff.  And more stuff.  And more stuff.  The problem was that I was still broke, continuing on the legacy of poverty that I’d lived with as a child, and I didn’t understand why.

The Fix: It wasn’t until I read The Millionaire Next Door: The Surprising Secrets of America’s Wealthy

that I started to understand that truly wealthy people don’t waste their  time and money on the accumulation of “stuff”.  Smart wealthy people are wealthy because they realize that stuff is not nearly as important as the peace of mind that comes with not having the worry of money rule your life.  Warren Buffet, one of America’s richest men, lives in the same 1950’s rambler he’s lived in for over 50 years.  Why?  Because he just doesn’t give a crap about what people think about his house.  He has more important goals in life than the accumulation of stuff and the worry about what other people think.

Lie #2: My Money Situation is Out of My Control.  I spent decades thinking thoughts like “If only we made this much more money, then things wouldn’t be so tight” or “If we had so-and-so’s income, we’d be debt free and living high on life” and other similar excuses.  Then I learned what is possibly personal finance’s most prominent mantra: It’s not how much you make, it’s how much you keep.  This rule of living below your means was new to me.  After all, I had assumed for years that wealth was about having a lot stuff or making enough money for years.  Suddenly, I was hearing stories of people who were living on $7,000 a year and loving life.  It was then that I realized that we could learn to take control of our financial future.  This new knowledge was a double-edged sword, however.  In one way, it gave me hope; in another way, it forced me to face up to the fact that our financial problems were of our own doing.  We had no more excuses.  Although this was a scary revelation, it also gave us the foundation to turn our financial life around.

Recommended Reading: Why We Want You To Be Rich: Two Men  One Message

The Fix:  Accept the fact that much (maybe not all, but much) of your financial problem has stemmed from the unwillingness to believe that you have control over your situation.  No one makes you buy this, that and the other thing.  Make a conscious choice to never again fall for the lie that you are destined to be poor and that your money situation is out of your control.  Then choose to start educating yourself on how to properly manage money.  Get books on the library, or read the many personal finance blogs gracing the Internet.  You CAN do this, but you have to accept responsibility for your current situation first, and be willing to learn how to change things second.

Lie #3: I Don’t Deserve to/I’ll Never Be/I Don’t Know How to Be Financially Well-Off.  SO much of financial management success is mindset, my friends.  In a lot of ways, being broke was comfortable to us because it’s all we ever were.  We didn’t like it, but we were used to it.   This doesn’t make sense to people who have never been poor, but when you’ve spent decades being broke, and when most people around you are broke, it’s uncomfortable to think about truly being financially secure.  Fun to dream about, but scary to actually pursue.

The Fix: Stop selling yourself short.  No one deserve to live in abject poverty all of their lives.  Don’t fall for that lie any more.  The many professional athletes, actors, musicians and “regular joes” that grew up in poverty and changed their lives around are proof that you deserve better, and that you can turn things around.  Start believing in yourself and your dream to be financially secure.

Recommended Reading: How to Get Out of Debt, Stay Out of Debt, and Live Prosperously: Based on the Proven Principles and Techniques of Debtors Anonymous

Lie #4: If I Try to Be Wealthy, I’ll Fail and Look Ridiculous.  This is another one of the lies that broke people believe.  When you spend years living broke, the ability to dream and envision success usually has no place or part in your life.  The thought of believing in a dream – even one as simple as financial security – and the subsequent thought of failing at achieving that dream, is more terrifying than simply staying broke.

The Fix: Changing one’s financial picture so drastically is a scary thing.  Start slow.  First, learn how to budget and live within your means.  Learn how to track your spending and commit to doing it 100% of the time.  Pat yourself on the back for each success, and resolve to learn from each failure.  As the old saying goes, the only people that truly fail are the ones that never try.  You can do this, my friend.  Resolve to learn how to stop being broke, no matter how long it takes or how many mistakes you make on the road to financial stability.

Lie #5: Wealthy People are A**holes.  The broke sector of society often trashes wealthy people.  They incorrectly assume that all wealthy people were born with a silver spoon in their mouth and that they must’ve either inherited their wealth or accumulated it by stepping on the backs of broke people just like themselves.  In my research on truly wealthy people, I’ve found that 90% of truly wealthy people got wealthy by working their tails off, by educating themselves about money and how to manage it, and by living a lifestyle of generosity.

The Fix: Study truly generous wealthy people that you admire.  Pick out causes of your own (make a list) that you will give to when you’re in a better place financially.  Then resolve to become financially secure for the sake of those you want to help. There’s an old saying that goes “Money doesn’t change a person’s personality; it magnifies it.” In other words, a guy who is a jerk and rich was a jerk before he was rich too.  Money is an inanimate object, a tool.  It can’t make you – or anyone else – be an a**.

Lie #6: Becoming Financially Successful Will Take Too Much Time/Be Too Much Work.  It’s not an easy task, going from a broke lifestyle to a financially secure lifestyle.  It takes time: time to educate yourself, time to implement changes in how you manage your money, and time to learn how to live like a person heading toward wealth.

The Fix: Any goal worth having is worth working for.  Imagine your life 5, 10 or 15 years from now: Do you want to be dealing with the same money struggles you’re dealing with now?  Do you want to be in the same place: living paycheck to paycheck, struggling for every dime, a decade from now?  I’m guessing you don’t. Yes, it does take time and patience to learn how to have a healthy bank account, but it’s sure better than sitting in the same awful life of payday loans and high interest debts that you’re living now.  Decide for yourself if the effort will be worth the new, financially secure life you’ll have by taking a leap of faith and working toward a better life. You can learn to manage money properly.  You can learn to earn more income through a second job, a side hustle or through starting your own business.  Is this a daunting task?  Probably.  Especially if these types of achievements are new to you.  But you can do it.  Don’t sell yourself short, and commit to beginning a course in taking control of your financial life.  You got this, my friend.

When we began our journey to dump our debt two years ago,we started with a debt amount that was huge, and an income that is not by any means “wealthy”.  It was a daunting and discouraging picture to look at.  But the journey of a thousand miles begins with a single step.  Two years later, we are still taking steps to get out of debt.  We still have a lot to pay off.  Why do we keep going?  Because the numbers are going down.  Slowly, but surely.  And that’s a whole lot better than staying where we started at. One day, we will reach debt freedom, and on that day, I know we’ll say how glad we are that we took the necessary steps to change our situation.

**Update: It’s now been four years since we started our journey, and things are going famously. We’ve had ups, and we’ve had downs, but we are almost there!

Don’t settle for broke, my friend – don’t fall for the lies that broke people believe.  You deserve better.  Take responsibility for your situation, educate yourself like nobody’s business, and start changing your financial picture today.

How We Broke the New and Shiny Cycle